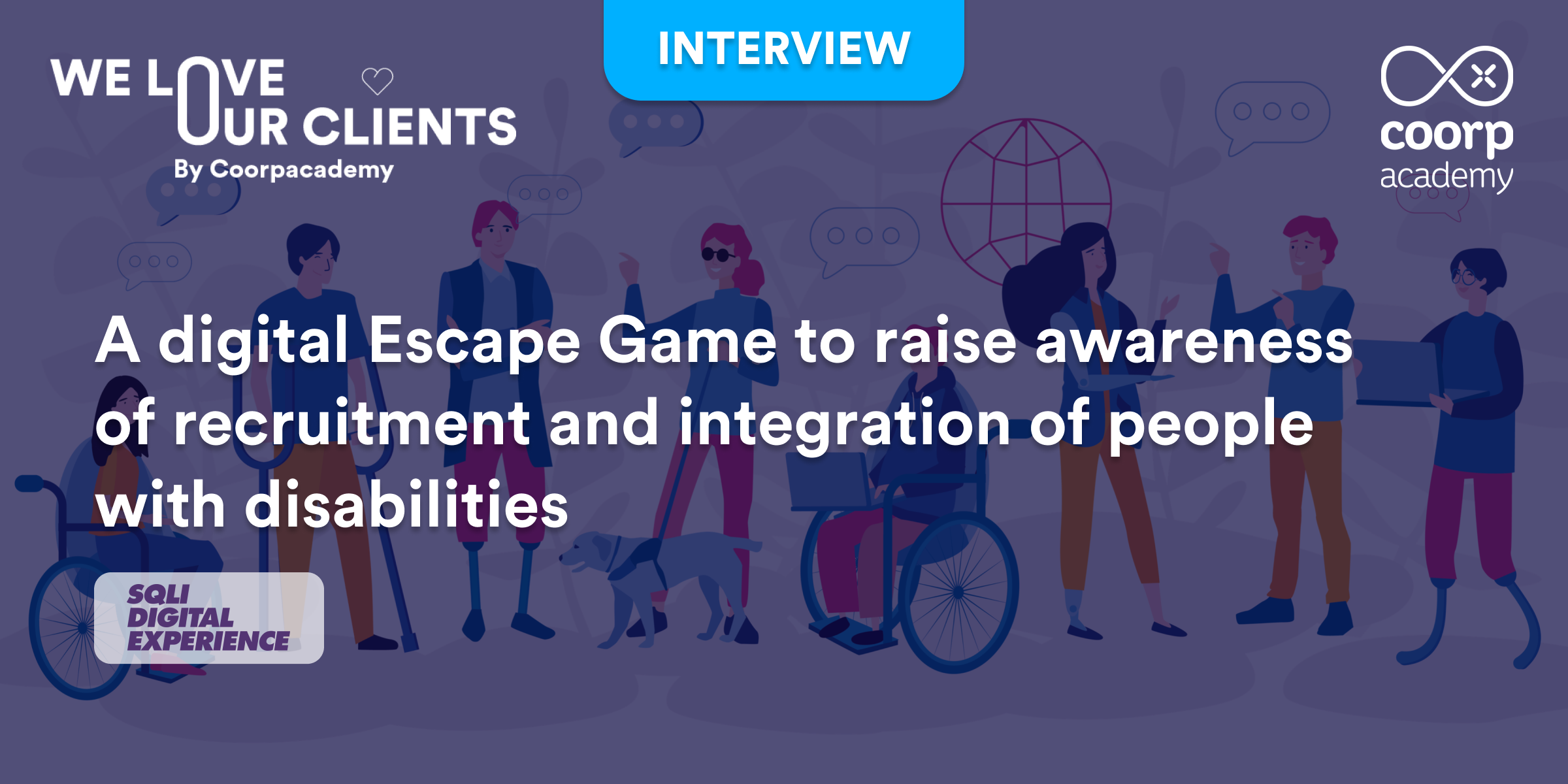 SQLI, a European digital services group with 2200 employees, has been using Coorpacademy as a digital learning solution for 2 years. Within the framework of the workshops of our We Love Our Clients programme, Alexis Guillotin, Group Development and Training Manager, shared with us the backstage of the most original animation of 2020, aimed at learners and rewarded a few months ago by a Coorpacademy Award.

Q.1 : Where did the idea of offering a digital Escape Game on your online training platform come from?

We had the idea of taking advantage of the European Week for the Employment of People with Disabilities (EWPD) to raise awareness of the recruitment and integration of people with disabilities. This week took place last November and so our plans were disrupted because of the lockdown imposed at that time.

We had a double challenge. The first was to create an event for the whole group, simultaneously in several countries, several languages and which could be done at a distance!

There was also the question of the content, and how to disseminate it to raise awareness of disability. With this in mind, we chose our Coorpacademy digital learning platform Onegenius to reach all our employees. We worked on the content with the agency T by Talenteo, an agency that supports us on the subject of disability, and then, with the help of Coorpacademy, we decided to adapt it to integrate it into the Onegenius platform in order to benefit from its gamification aspect.

We had noticed the great success of a playful format among our teams: the digital Escape Game! It allows you to learn without realizing it, by solving puzzles to move to the next level! We therefore reused our existing initial content, but put it into this new format in order to raise awareness among our employees while keeping the gamification aspect.

Q.2: How did you go about setting up this Escape Game?

The Escape Game: Disability Awareness was created, translated and put online in a record time of one month. The idea was to make it clear how the five disabilities we had listed (essentially non-visible disabilities) impact the daily lives and therefore the work of the people concerned.

We decided to turn the tables: each level of the Escape Game takes the learner to a world where people with attention deficit disorder, autism or visual impairment are in the majority. It is up to the learner to adapt!

The pitch was as follows: “Travel aboard a ship in other dimensions where the disabilities you know are mostly shared. Practice with our simulation module to better understand the daily consequences of each of these disorders and diseases.”

Q.3: What communication actions did you carry out to promote this game event? Are you satisfied with the results?

We set up a very fast-paced communication campaign to ensure that as many employees as possible tried to solve the Escape Game and were effectively made aware of disability during this European week.

The first step was to send out a teaser by e-mail a week beforehand.

All the members of the CODIR participated in the promotion and were active relays.

Then, each day of the week, the learners were reminded by e-mail to invite them to travel to a new dimension, with five disabilities being covered. Finally, all the employees received a summary email containing all the stages and solutions to the riddles of this unique journey, so that everyone could finish or redo the game as they wished.

We are pleased with the results, as we observed a 280% increase in connections on the platform during the week of the animation.

And all the countries played the game! Beyond the figures, in this particular year, the Escape Game helped to unite the teams and encourage exchanges between them, as well as raising awareness about diversity and disabilities.

We truly engage learners in their training 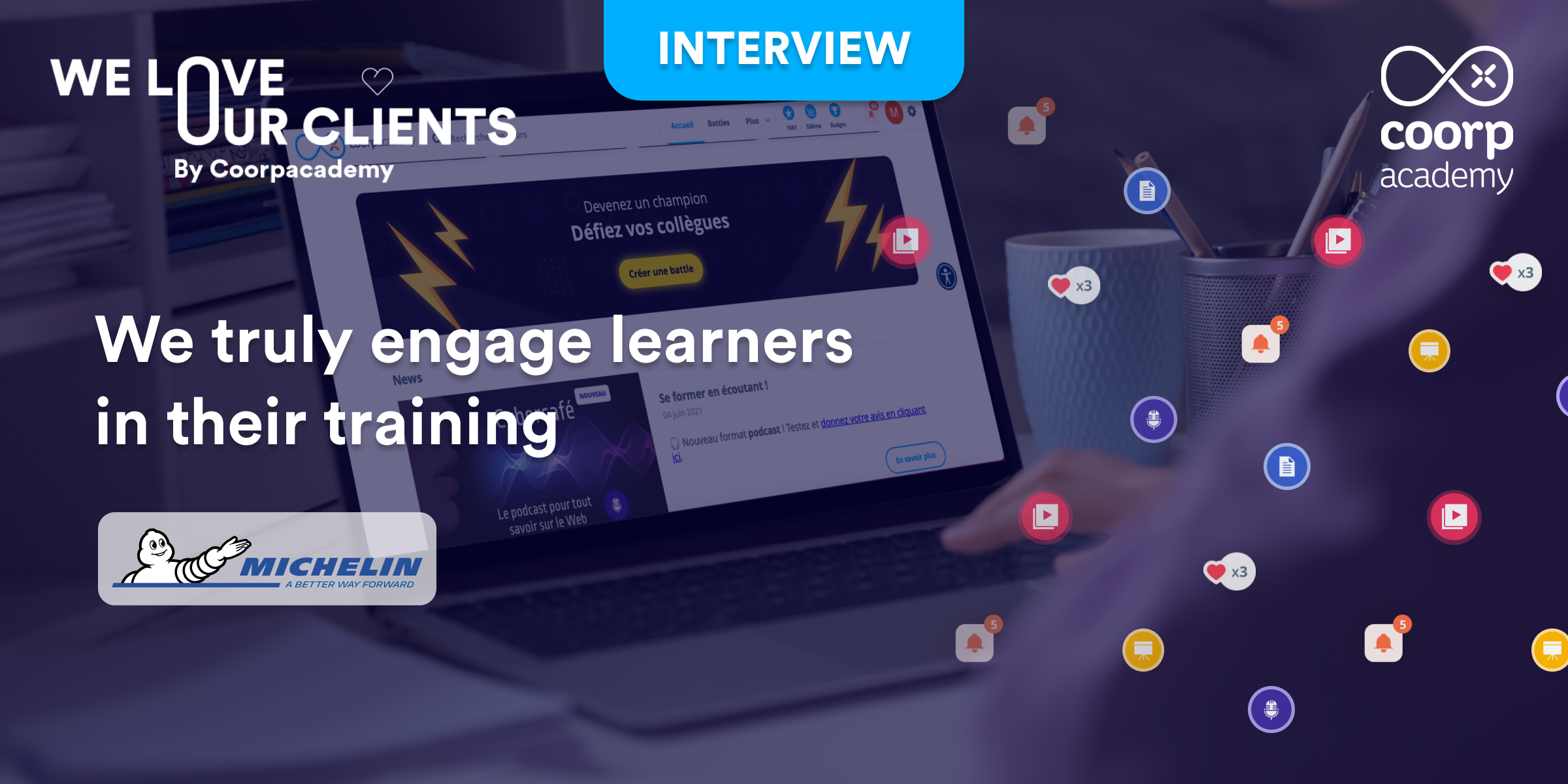 In what world do we want to live in 30 years? 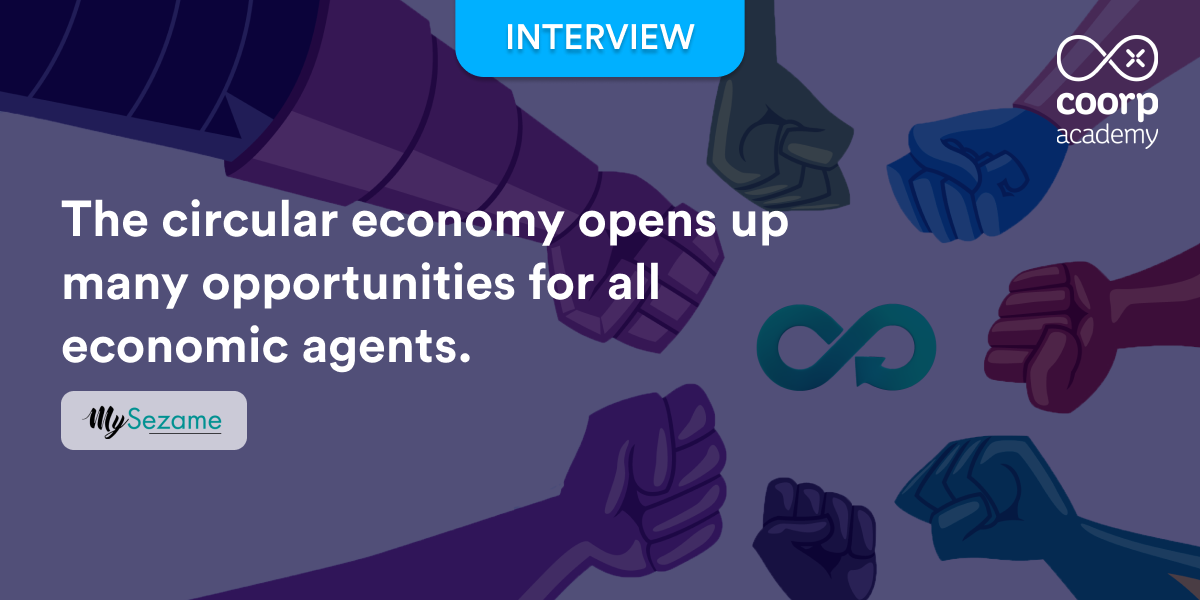